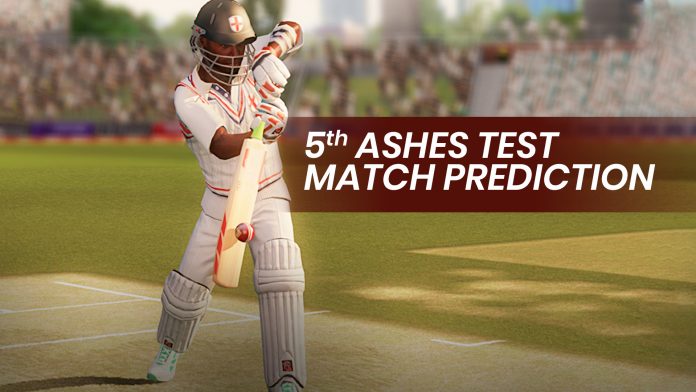 The Ashes 2019 is currently locked at 2-1 with the last match left. Australia’s performance has been remarkable till now while it has been that kind of summer for England where hosts seem insufficient to showcase good performances.

The fifth Ashes Test will be played at Kennington Oval in London, a ground where England dominated all other opponents previously. The match will start on September 12.

The pitch in Oval is good for batting but will favor medium-pacers for the first two days. The team winning the toss is expected to bat first.

The weather forecast for this match is pretty decent. There are little possibilities that rain might hamper the game. The temperature will be in the mid-20s for the entire game.

Australian team performance in the series has been remarkable, and now it is confirmed that they can’t lose the coveted trophy now. Whether they win or lose, the trophy will be with them. But, Tim Paine led side will be looking to end it with a win because Australia is yet to win an Ashes series in England since 2001.

It’s tough to see such a horrible performance from 2019 World Cup trophy holders. With only a victory in single match, now the most important task for England will be to prevent Australia from winning the Ashes.