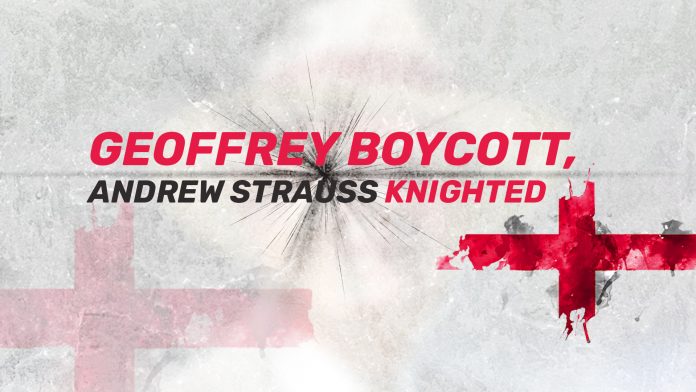 Andrew Strauss and Geoffrey Boycott, two former skippers of England cricket team, have been conferred Knighthoods in Ex-Prime Minister Theresa May Honors list. May stepped down from her services earlier this year. She has been a cricket lover for long who tracked her membership to MCC last year.

Former England coach Andy Flower praised his former skipper by saying, "I cannot think of a man more worthy of the honour. As a player, he was tough and resilient, as a captain he balanced a firm hand and moral compass with compassion and empathy that meant he was loved and respected in the dressing room by his players and the staff."

ECB chief executive Tom Harrison noted: "Our heartfelt congratulations go to Sir Geoffrey Boycott – honoured for his long career and passionate dedication to the sport. In May 2015, Andrew was invited to join the ECB as director, England cricket, to shape the future strategy of the men's international teams – in part to enable an environment that would see England as live contenders for the World Cup in 2019, an aim they so thrillingly delivered on just a few short months ago.

"It was with the same class and courage that he and his family set up the Ruth Strauss Foundation to raise money and awareness just a few months after losing Ruth to a rare form of cancer. Aside from his achievements on and off the pitch, Andrew is widely regarded as an exceptional person in our game and this wonderful accolade will be celebrated around the cricketing world."

A few months ago, after the historic World Cup performance, New Zealand born cricketer, Ben Stokes was also given the Knighthood.