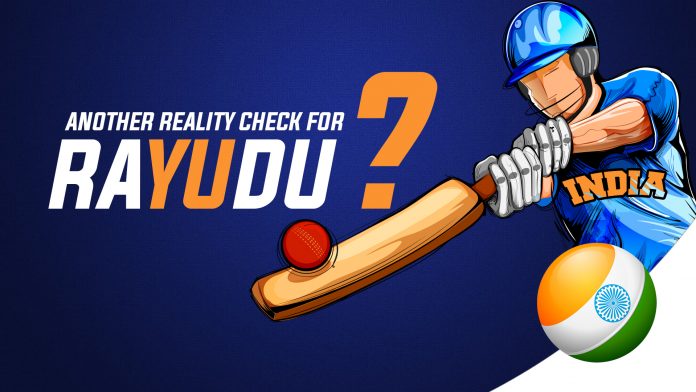 Ambati Rayudu has once again managed to get at the top of the headlines as the player chose to opt-out of Ranji Trophy, citing “rampant corruption” a reason. It isn’t much after the player took a u-turn on his retirement and decided to represent Hyderabad in domestic cricket. Rayudu had announced his retirement from all forms of cricket after being dropped from the squad for World Cup 2019. However, later on, he took back his retirement saying that he has enough cricket left in him.

As per the reports, Rayudu who represented Hyderabad as the captain of the team in the Vijay Hazare Trophy and Syed Mushtaq Ali Trophy was quoted saying that there was a lot of politics going on in the team. The politics made him feel uncomfortable, and that is why he chose to walk out of the team.

"In all honesty, I was looking forward to play for Hyderabad in Ranji Trophy this season. But unfortunately, the script did not go on the expected lines. There is a lot of politics in the team and the atmosphere was not conducive for good cricket. I felt very uncomfortable," Rayudu said.

"I did have a talk with the president. He always said he was trying his best. But it never happened," Rayudu further said. "I feel he should have initiated stronger measures but he did not do that. I feel there were more election promises and as a result, the game suffered.

"It hurt me a lot. A few players, who did not deserve to be in the team, were included in the team because of the election promises. If this happens, how can a team improve? My hands were tight (sic) for the playing eleven when it came to few players and they were untouchable during the T20 Syed Mushtaq Ali tournament.

"If you look at the team, some of the players are selected because of the influence of some club secretaries. Sometimes, merit takes a back seat. This is unfortunate. Rich, influential and politicians' children get preferences in Hyderabad teams. This is a true fact. We have to stop this buck. Since someone had to speak out, I thought I should do this. This is how bad the system has become in HCA.''

Rayudu even took to Twitter to post about the issue in order to bring the incident to light. His tweet read: “Hello sir @KTRTRS, I request u to plz look into nd address the rampant corruption prevailing in hca. Hw can hyderabad be great when it's cricket team is influenced by money nd corrupt ppl who hav numerous acb cases against them which are being swept under the carpet.”

Now that the incident has been brought to light by the player, taking help of social media platforms, it will be interesting to see whether authorities will take any action against the allegations raised by the player.