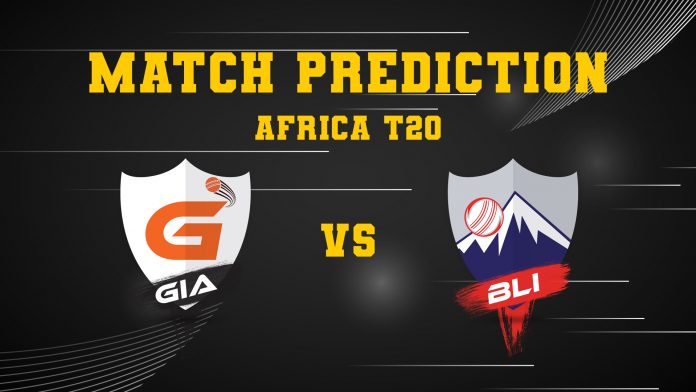 The 11th match of Africa T20 2019 on Wednesday between Nelson Mandela Bay Giants and Cape Town Blitz, promises to be a fierce encounter between the top two sides. Cape Town Blitz is comfortably sitting on top with thirteen points. On the other hand, Nelson Mandela Bay Giants are just two points behind the Blitz with eleven points. Both teams are facing each other for the first time in this season.

Cape Town Blitz has made a blistering start to the tournament, winning three matches out of four. Malan has been their top batter so far, scoring 134 runs in 4 matches with a healthy average of 44. Dale Steyn too has led the bowling attack well as the bowler is the joint leading wicket-taker in the tournament so far with six wickets at 19.33. Pakistani duo Wahab Riaz and Asif Ali both have notably strengthened the team which has given them an even stronger look with both bat and ball now.

Nelson Mandela Bay Giants has too started strongly by winning two out of three games. They thrashed the defending champion Jozi Stars by nine wickets in their last match. Chris Morris and Imran Tahir have been their star bowlers and will be a big threat for the Blitz top order. Bay Giant’s openers have done well so far and they will be hoping to continue their good form against the Cape Town Blitz.

Both teams have faced each other twice wherein the Blitz have won once while the rain spoiled the second game.

Sun is expected to smile all day, as the reports suggest 0% chances of rain. The temperature is expected to be somewhere around 22-25 degrees Celsius.