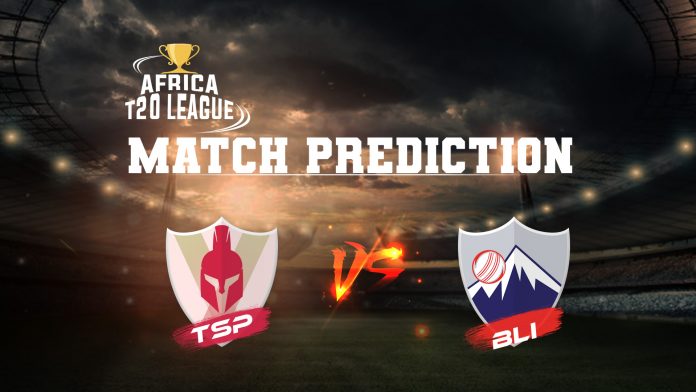 Moving ahead towards the conclusion of the series, the Africa T20 League is getting more and more exciting. In a similarly delight to watch game, Tshwane Spartans and Cape Town Blitz will be locking horns with each other. The 29th game of the season will be played on December 8th at 5:30 PM IST.

Even after starting the season with a victory, Cape Town Blitz failed to keep up their winnings game on. Their slow performances and strong opponents limited the Blitz to just 4 wins from the 9 games they’ve played. On the other hand, Tshwane Spartans had a rainy season as their 4 games out of 9 were washed out due to weather conditions. The Blitz currently occupy the 5th spot whereas the Spartans are sitting at the third spot of the points table.

Meanwhile, Cape Town Blitz settled for a defeat in their previous game, rain spoiled the play for Tshwane Spartans. Thus, both the teams will be eyeing on winning the upcoming match.

The game is scheduled to be played at the SuperSport Park, Centurion. The pitch here is known to be giving a lot of opportunity to the batsmen. The ball generally comes to bat with great ease which makes scoring easy & thus, a high-scoring match can be expected.

The weather reports suggest rain can play a spoilsport in the upcoming match. The precipitation levels are 68-72% with the temperatures between 21-23 degrees Celsius.