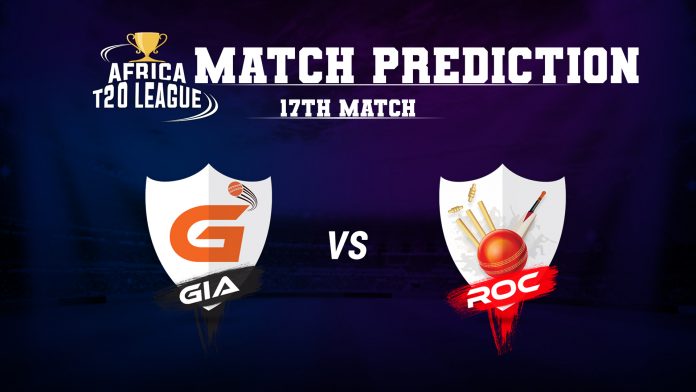 After registering a 5-wicket victory against Durban Heat, the Nelson Mandela Bay Giants are moving forward towards the 17th match of the tournament. The game will be played against Paarl Rocks on November 27, beginning at 9:00 P.M. IST.

Both the teams started their campaign with a victory. Where Paarl Rocks met hands with defeat in the 10th match of the season against Tshwane Spartans, Nelson Mandela Bay Giants are still undefeated.

With 4 wins and 1 no result from 5 games, the Nelson Mandela Bay Giants stand at the top of the points table with 19 points in hand, on the other hand, their opponents for the upcoming game, Paarl Giants are behind them by 4 points. With 3 wins, 1 defeat and 1 no result from the 5 matches they’ve played, the Rocks stand at the second spot with 15 points. Nelson Mandela Giants will look forward to continuing their winning streak whereas Paarl Rocks will use the opportunity to try & hand the Giants their first defeat of the series.

The game will be played at the St George's Park, Port Elizabeth. The surface here is known to assist spinners quite good, giving batsmen a tough time.

The weather reports suggest sun shining throughout the day with 0% chances of rain. The temperature shall be around 21-24 degrees Celsius.