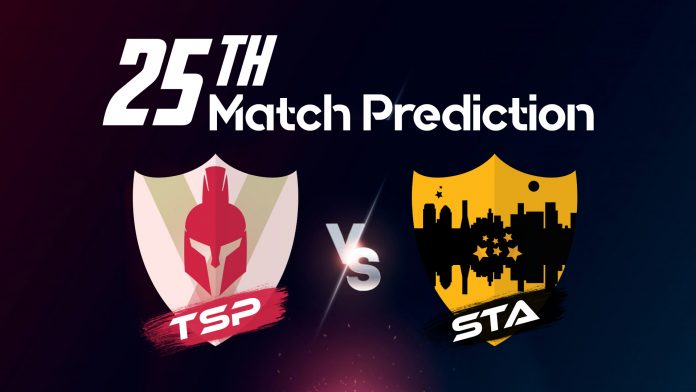 We are all set to witness another crackerjack of an encounter as Tshwane Spartans will take on Jozi Stars in the 25th match of the Africa T20 League on 5th December at SuperSport Park, Centurion at 9:00 PM IST. It will be a crucial match for both the teams. While Jozi Stars will be hoping to register their first win in the tournament, Spartans would look to cement their spot for the playoffs. Both sides had lost their previous games against Paarl Rocks and Nelson Mandela Bay Giants respectively. Both the teams are battling with each other for the second time in this season. After Spartans defeated the Stars by 20 runs in the first match

Tshwane Spartans’ two back-to-back losses this week has put them into some pressure. They are standing on the third place with three wins out of their five completed matches. Tshwane’s batting line-up has been highly dependent on AB de Villiers lately, and the legend has delivered so far. He scored his third half-century in the last match and now lies third on the run-charts. Klaasen led side would be hoping to get back on their winning ways against the dejected Stars.

Stars, on the other hand, are yet to open their account in the points table and are sitting at the bottom. The defending champions have a horror run in the tournament. Their overall performance has been dismal, and Bavuma’s side is already knocked out of the race for the playoffs. Reeza Hendricks and Temba Bavuma have been the best batsmen for the Stars in this season, but lack of contribution from others has been one of the core reasons for their dismal state in the tournament. They would be looking to change their fortune against the Spartans.

Both teams have faced each other thrice, while Spartans came out on top in two games, Jozi Stars emerged as winners in one.

The pitch will have some moisture due to persistent rain and will assist pacers. Both teams would look to chase due to the possibility of rain.

Rain might play a spoilsport in this game as the reports suggest 56% chances of rain. The temperature is expected to be somewhere around 12-15 degrees Celsius.