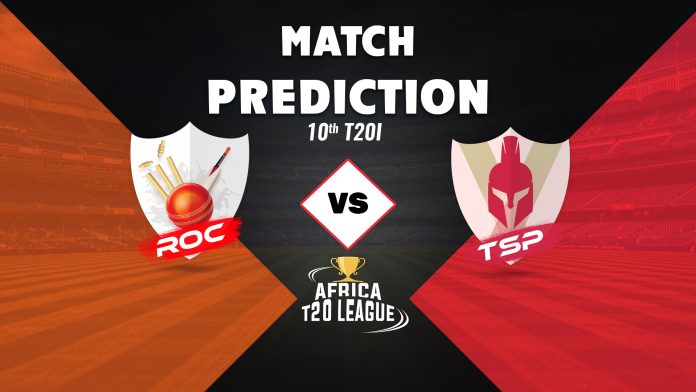 The 10th match of the Africa T20 League will be played between Paarl Rocks and Tshwane Spartans. The on-going season of the tournaments has been an affair of continuous rain-interruptions but still managed to get quite a few eyes from the audience. The upcoming game will be held on November 17th at 5:30 P.M. IST.

On the one hand, Paarl Rocks had an amazing start to the season, registering a mammoth 86-run victory against Cape Town Blitz. With a balanced combination of spinners and pacers, the team looks good and shall be eyeing towards registering another win.

Tshwane Spartans, on the other hand, didn’t have quite a good start of the season as their first match was abandoned due to rain without a ball being bowled. Further, their second game was no exception as they managed to play only for 7 overs before rain stopped the play.

The game will be played at Boland Park, Paarl. The pitch at Paarl has something to offer for both the batsmen and bowlers. However, the bowlers are expected to get benefit in the latter part of the game.

The weather reports from Paarl suggest a bright and sunny day, with almost no chances of rain. Fans can expect a full game.

Also Read: IND VS BAN FIRST TEST: INDIA BEAT BANGLADESH BY AN INNINGS AND 130 RUNS TO TAKE 1-0 LEAD IN SERIES