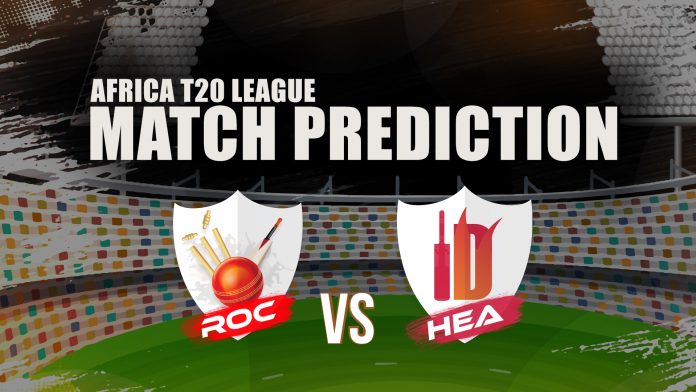 Paarl Rocks will face Durban Heats at their home ground Boland Park in the 24th match of Africa T20 League at 9:00 PM IST. It will be the second encounter between these two teams in this season. The rain spoiled the previous match between these two teams. Both the sides are high on confidence with a victory in their last game. While Durban Heats edged Nelson Mandela Bay Giants in their seventh match, Paarl Rocks continued their domination in this year’s Africa T20 League with a win against Jozi Stars.

Paarl Rocks have a dream run in this season. The Rocks have won five matches out of their seven completed matches. They are currently topping the table with 23 points and will be looking to increase their points with a win against the Heats.

Durban Heats, on the other hand, are way behind Rocks in the points table. Heats are currently standing on the fifth spot with 14 points. The Heats were unlucky in the first three matches as they all got washed out. However, their recent victory against Bay Giants will give them a huge boost ahead of their clash with Paarl Rocks.

Both teams have faced each other thrice herein. The Rocks have won two games while the rain spoiled the third encounter.

The match will be played on a used pitch and spinners will get some assistance. A score above 155 will be a challenging total for the chasing team

We can expect a sunny day and cold evening, as the reports suggest 0% chances of rain. The temperature is expected to be somewhere around 22-25 degrees Celsius.