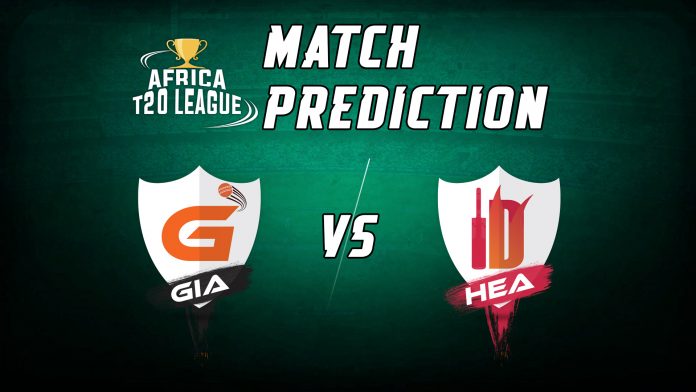 The 14th match of Africa T20 league will witness a fierce encounter between Nelson Mandela Bay Giants and Durban Heat at the St George's Park in Port Elizabeth. The game will begin at 4:00 PM IST. Nelson Mandela Bay Giants started strong, winning three out of four games. They edged Cape Town Blitz by five wickets in their last game. JJ Smuts was the star with the bat as he scored a crucial half century and led Giants towards the victory. They are currently topping the points table with 15 points.

Durban Heat, on the other hand, would be quite disappointed as three out of their four matches got washed out. They are still looking to register their first win in this year’s tournament. With 6 points, they will be hoping that their star players Alex Hales and David Miller will rise to the occasion against Bay Giants. Durban Heats are currently sitting on the fifth spot.

Both teams have faced each other twice wherein the Bay Giants have won once while the rain spoiled the second game.

The pitch is expected to be hard and dry with plenty of bounce and we can expect a high scoring match.

The weather will be partly cloudy, as the reports suggest 2% chances of rain. The temperature is expected to be somewhere around 22-25 degrees Celsius.