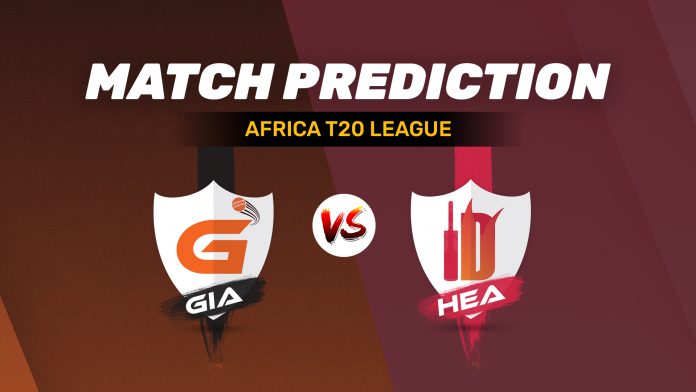 The ongoing season of Africa T20 League has kept the cricket fans glued to their screens. Now, the next match in the league will surely take their excitement level to another level. The 20th match of the Africa T20 League between the two juggernauts – Durban Heat and Nelson Mandela Bay Giants (NMBG) will take place on Nov 30 at 12:30 PM (IST). This crucial encounter will be conducted on the renowned Kingsmead Cricket Ground in Durban.

While NMBG is at the top of the points table with four wins out of 5 games, Durban Heat is on a mission to grab their first win as three of their games have been washed out due to rain.

Kingsmead ground has played host to Tests since January 1923 when South Africa and England played to out a draw. As the ground lies in the same time zone as the rest of South Africa, it is exposed to bad light and humid climate, which can result in powerful thunderstorms. The pitch incorporates traditional grass banks and towering modern stands as well.

Durban Heat has secured 6 points as a result of losing all the 5 matches they have played so far, whereas Nelson Mandela Bay Giants has won 4 out of 5 matches, with a whopping total of 19 points.