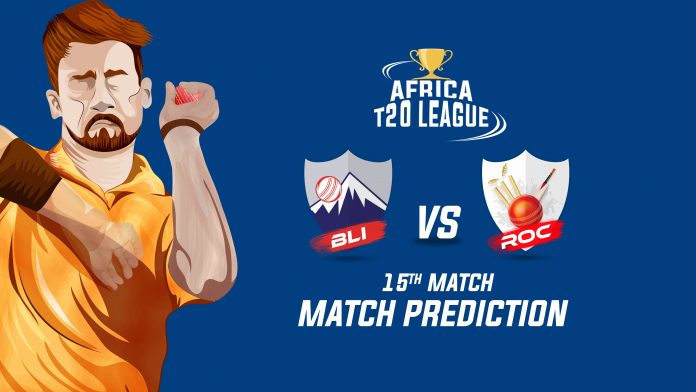 The 15th match of Africa T20 2019 on Wednesday will see Cape Town Blitz and Paarl Rocks locking horns with each other in a crucial match at Newlands in Cape Town. Cape Town Blitz is currently sitting on second spot with thirteen points. On the other hand, Paarl Rocks are just two points behind the Blitz with eleven points. Both teams are facing each other for the second time in this season.

Both teams are coming in the match with a loss. While Blitz lost the encounter against Nelson Mandela Bay Giants, Paarl Rocks were made to shake hands with defeat against Spartans. Both teams have already played once in this season where Paarl Rocks emerged victorious.

For Cape Town Blitz, Dawid Malan and Dale Steyn have performed well with bat and ball respectively. Malan has scored 165 runs so far with a strike rate of 165 and will be looking to continue his good form against Rocks.

James Vince has been Rock’s top scorer so far. He scored an unbeaten 86 against Spartans but it ended in a losing cause in the last match. Rocks will be looking to clinch their second win against Blitz this season.

Both teams have faced each other three times so far with Rocks coming out on top two times while Blitz managed to win one match.

Few clouds will be hovering around but we can expect a full game, as the reports suggest 25% chances of rain. The temperature is expected to be somewhere around 22-25 degrees Celsius.