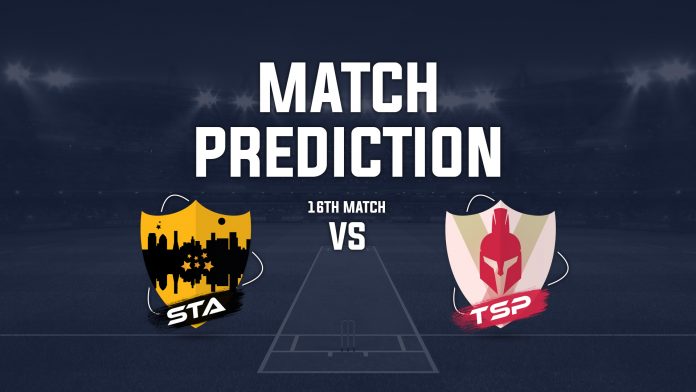 The on-going season of Africa T20 League is all set to rock the weekend of fans with the Sunday double-header. Jozi Stars and Tshwane Spartans will be setting their eyes on winning the 16th match of the season as they take a dig at each other on November 24 at 5:30 P.M. IST.

The season has been very disappointing for Jozi Stars as they failed to pull-off even a single victory in the five matches they have played. Tshwane Spartans, on the other hand, have played just 4 games and could only manage to get 1 win. However, Spartans haven’t lost any game as 3 of their games were a No result. Thus, the team is sitting at the 4th spot in the points table.

The game will be played at the New Wanderers Stadium, Johannesburg. The pitch here favours both the batsmen and the bowlers, courtesy to the quick outfields.

The weather reports coming from Johannesburg suggest a mostly sunny day with precipitation levels between 18-20%. The temperature will be between 25-28 degrees Celsius.