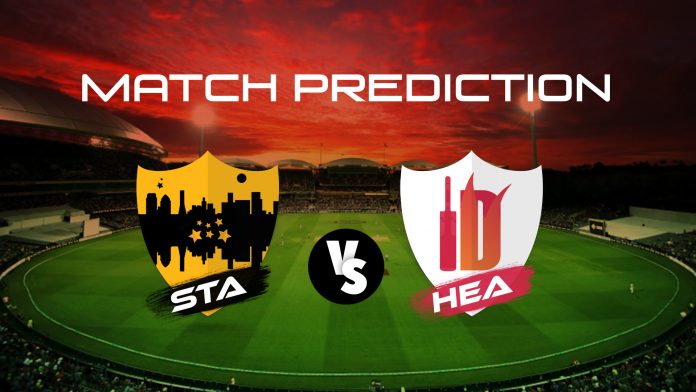 We are halfway through the Africa T20 League and battle is getting tougher and stronger with each passing match. On 7th Dec 2019, it is expected to be another electrifying face-off between Jozi Stars and Durban Heat at New Wanderers Stadium, Johannesburg. This is the 27th match of this league, which is scheduled to begin at 12:30 PM (IST). While Durban Heat have been consistent with their three consecutive wins, Jozi Stars hope to register their first win in this tournament. This match is going to be jam-packed with action, surprises and unbelievable performances.

Despite rain playing spoilsport in three encounters, Durban Heat stands at fourth position on the points table with a net run rate of +0.182. They have managed to maintain their momentum with the likes of David Miller and Alex Hales. Durban Heat won their previous match with some fabulous performances by their batting order.

The overall performance by Jozi Stars’ players has been disappointing as they have not kept best foot forward in the ongoing season. This is reason they have not been able to grab a single win yet, ending up at the last spot in the points table. In fact, they lost their recent completed match against Paarl Rocks by five wickets. Their batting and bowling units lack confidence, which is repeatedly reflected in their performance. Undoubtedly, Reeza Hendricks and Temba Bavuma are highest run-scorers in Jozi Stars, but the team seems to be too over-reliant on them.

Nicknamed as 'The Bullring' due to its intimidating atmosphere, New Wanderers Stadium offers an amazing batting surface, giving a hard time to bowlers. On this pitch, the batsmen will be able score freely with nice pace.

The weather forecast states that daytime temperature would be normal upto 21°C, which might drop to 15°C at night. There are chances of patchy rain as humidity will be around 70% and 3.0 mm of precipitation is expected to fall.