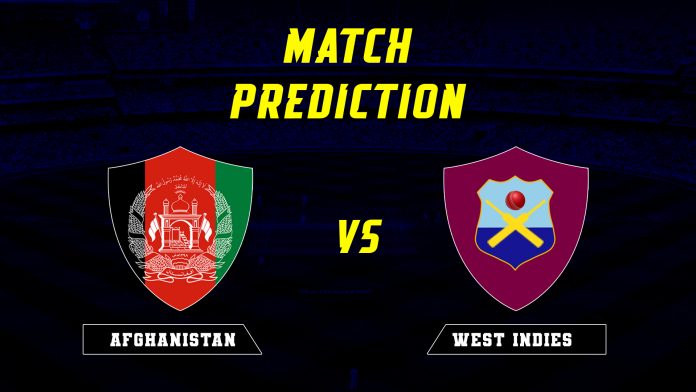 After losing the one-day series by 0-3 against West Indies, team Afghanistan made a strong comeback and stunned the Windies by winning the T20I series 2-1. Now both teams are set to face each other in the longest format of the game. Afghanistan will battle it out with West Indies in the only Test starting Tomorrow at the Ekana Cricket Stadium in Lucknow.

Karim Janat, who played a crucial role in the T20I series with 5-11 in the second game, received his maiden Test call-up. Another pacer, Nijat Masood, is also included in the 15-member squad. Hamza Hotak, the left-arm spinner is also making a comeback after two years.

Afghanistan will miss the services of veteran all-rounder Mohammad Nabi, who announced his retirement from Test cricket in the previous series against Bangladesh.

Afghanistan, which made its Test debut against India last year, has enjoyed success against Bangladesh and Ireland in its previous Test outings and the Rashid Khan-led side will hope to keep the momentum going.

West Indies after the shocking T20I series defeat will look to bounce back. Jason Holder side will face a stern Test against Afghanistan. The Afghan spinners will be a big threat to Windies batsmen.

West Indies will bank on their in-form players Hetmyer, Chase and Hope to challenge the threat of Rashid and company.

This is the first time the two teams are facing each other in the Test format.

Apart from the third day, weather for the rest four days will be clear, bright and sunny. The temperature is expected to be between 26-28 degrees Celsius.

The pitch is expected to be rough and dry. The spinners will enjoy bowling on the third day, and both the captains will look to bat first with the conditions being suitable for batting in the first day or so.