A Lookback at Virender Sehwag’s masterclass against West Indies 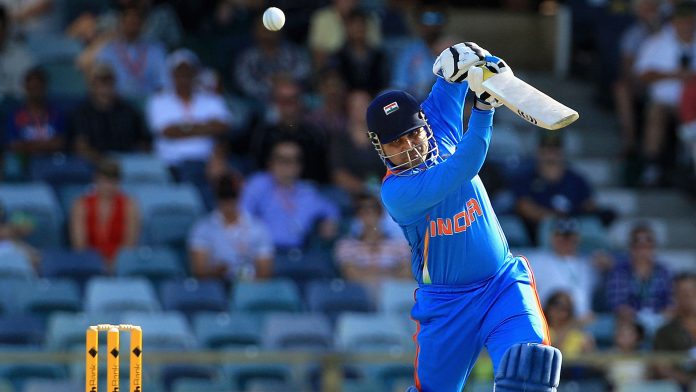 Virender Sehwag rewrote the rules of cricket, scared almost every bowler who bowled him and changed the approach to play cricket. The 40-years-old Indian batsman turned commentator had played in the era of great players like Sachin Tendulkar, Sourav Ganguly, VVS Laxman, and Rahul Dravid. Despite sharing a dressing room with some legends of the Indian cricket, Sehwag created his legacy that is still present in the minds of cricket fans.

His main strength was his simplicity and determination. For him, the ball was meant to be hit, and he did the same, sometimes he whacked it away for a boundary, and sometimes the ball crossed the rope directly for a six. His 219 runs knock against the Caribbean giants in 2011 proved why he was regarded as the best in the business.

It was the fourth One-Day match between India and West Indies when swashbuckling batsman, Virender Sehwag slammed his maiden double century and became the second batsman in One-Day cricket to achieve that feat. He raced to his maiden double century in just 140 balls which included 23 boundaries and six massive sixes. Destructive Indian opener, Sehwag surpassed Sachin’s record when he cut Andre Russell to the point region for a boundary that took him from 197 to 201.

In this match, India’s opening pair Sehwag and Gautam Gambhir added 176 runs for the opening wicket. After the dismissal of Gautam Gambhir at the score of 67, Suresh Raina’s quick 55 runs, helped ‘Nawab of Najafgarh’ to continue his attacking game. Kieron Pollard removed him in the 47th over before Sehwag had done the damage. Till that time, the opener had hit 25 fours and seven sixes in his blistering 219 runs innings of just 149 balls.

It was his 15th three-figure mark of One Day cricket and the first since the opening match of World Cup 2011 where he played an outstanding knock of 175 runs against Bangladesh.

Follow MyTeam11 for more updates and information about the latest Sports Stuff.