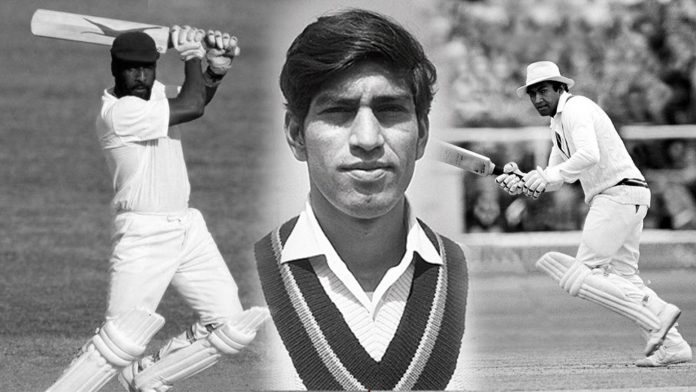 Little Master Sunil Gavaskar once told in an interview about an incident that took place in 1971 when the Indian team went to West Indies. During the event, he bought up a funny incident that happened with Indian player Eknath Solkar. Indian legend told that the incident happened when West Indies ‘dangerous batsman, Alvin Kallicharran came to the crease. He was known for his aggressive batting and ability to play big innings. Every bowler wants to get him out early.

In this match, Kallicharran miscued one shot that went straight up in the air and Eknath Solkar, who was considered to be one of the best fielders of that time was under the ball to catch it. The moment Solkar was eyeing to catch the ball, a voice came from spectators that “Solkar Solkar agar tum ye catch chor do tu mai tmne apni behen de doonga” and Solkar grabbed that catch. After taking the catch when everybody asked him if he heard something, he denied. When he was told about the happening, he looked at the spectator and said, “tum apni behen apne pas rakho, mai pehle se hi shaadishuda hu”

When the crowd started throwing beer bottles on the ground

This incident took place during the 1989 India’s tour of West Indies. During a test match at Sabina Park, after the dismissal of West Indies legend, Viv Richards, fans got angry and started throwing beer bottles on the field. Total of 27 bottles were thrown. Former West Indies player, Viv Richards was considered to be an all-time favorite, many people specially came to watch his batting during that time.

In this match, Viv Richards scored a century and was batting brilliantly. But, then he missed one delivery of Kapil Dev that went straight to wicketkeeper Kiran Moore gloves. The moment ball got into his gloves, he along with slip fielder Dilip Vengsarkar shouted and appealed loudly. Following this appeal, the batting crease umpire went to the leg umpire and after discussion, Viv Richards was given out.

After the dismissal of Viv, the crowd failed to control their emotions and started throwing beer bottles on the field during the match, one bottle hit one of the on field umpires due to which the play was stopped. To control the anger of spectators Viv Richards had to come out of the pavilion and take a round of the field to make them understand. The match resumed after this.