A Glimpse at the Records created by Team India in 2018 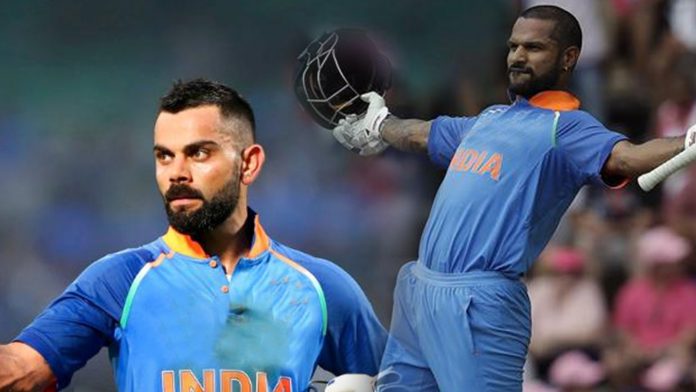 For India and Indians, cricket is not just a game but a religion that they follow aggressively. The players of the Blue Army leave no stone unturned when it comes to making records for their team. They shed both their blood and sweat to make every ball they play, count and be remembered for a long duration. The Men in Blue had a terrific year on the field in terms of playing, and thus, we are here to take a look at the records that team India recorded under its name during this year.

Shikhar Dhawan or call him “Gabbar,” as he is addressed, added another feather to his cap in the year 2018 by registering the title of “Most runs in T20 International” under his name.  Well, his aggression is quite evident on the field, and the title seems to be appropriate for the player, as he was seen hammering great shots in T20 games played by the team.

Kohli, one of the prominent players of team India registered another record under his name. The player not only became the fastest to score 10,000 ODI runs but also got titled as the fastest individual to score 1000 ODI runs in a calendar year. The record was previously held by South African player Hashim Amla and Kohli, jointly.

Most 200+ partnerships in ODI cricket: 5 times by Virat and Rohit

2018 can be looked upon as a year which was mostly about Kohli only. The player was seen hitting boundaries, scoring runs and creating records. Well, another record that Kohli got under his name was “Most 200+ partnerships in ODI cricket.” The record is shared by the duo, King Kohli and Hitman, Rohit Sharma.

The first team to have played 950+ ODIs: Indian Cricket Team

Another cricket record that was created in the year 2018 by the Indian players is not about only a single individual from the team but about the entire blue army. Team India becomes the first cricket team in the world to have played 950+ ODIs. India has played a total 953 ODIs, out which the Men in Blue have won 492 games.

The 18-year-old Mumbai lad got the entire world going gaga over his performance amid his test debut against West Indies in early October this year. Shaw gave a terrific performance in his debut series, registering plenty of records under his name. The player became the youngest batsman to score a century in debut match & the being named as the “Man of the Series” in his debut series.

With the desire of being the best illuminating in the hearts of the team India players, they are expected to excel in the game. We look forward to many more records that are yet to be broken and registered under the name of Indian Players. To keep a watch on their progress stay connected with us.