7 Witty and Wicked Signs Ever Witnessed on a Cricket Ground 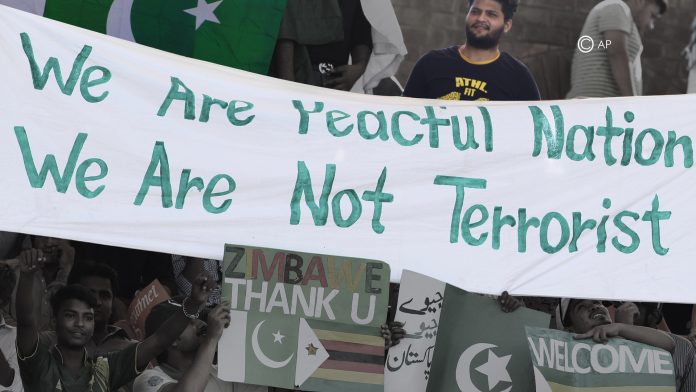 Cricket for some people had been a chance of making it to the television screen and then bragging about their achievement among their acquaintances and placards have been the easiest way to get it done. We have collected the 7 best placards that are both wicked and witty held by cricket lovers amid a cricket match.

Praising “The Power Wall” of India

On one hand wherein India was constantly getting defeated by the opponents amid the team’s tour to England in the year 2011 and eventually lost the series by 4-0, it was Rahul Dravid who won millions of hearts. When Sachin and Saurav both failed to create a mark on-field it was Dravid who outshined as one of the prominent players of the team scoring three centuries in the series.

The 2011 World Cup Quarter Final held between India and Australia was another such event which witnessed the creativity of fans going to a whole new level. A fan was spotted holding a sign-board bidding farewell to the Aussies even before the game finished.

India vs Pakistan had always been more of a worldly battle for the fans than a mere cricket match. On the top of it, the “Mauka Mauka” battle created a havoc all around. The “Mauka Mauka” advertisement created to tease the Pakistan team was used by a fan in the 2015 World Cup Final held between India and Pakistan. The fan surely way too savage who took the competition to a whole new level.

The green warriors are infamous for their butter fingers, often seen as dropping simplest of the catches plenty of times. However, Pakistan player, Kamran Akmal went a little bit too far and was primarily known for dropping way too easy catches for which he even faced a lot of criticism. Well, guess what, this fan found a perfect way to show her love towards Akmal alongside teasing him a bit.

Well, this kid thought that it is cool to let your homework wait rather than missing an enthralling game. The sign board clearly shows the dedication level of the kid, this what a true cricket fan is like.

Get yourself prepared for the Storm

Chris Gayle, famous for his record breaking, breath-taking on-field performances received tons of love from the fans while playing for KXIP in IPL. The fan perfectly defined Gayle innings with the accurate forecast predictions.

That’s what we call a Cool Move

These two man have finally cracked the coolest, smartest and easiest move to take it over to the television screen of the viewers. This is one heck of a smart move. What say?

Well, these were some of the placards that we found to be the funniest, If you have some more, do share with us or maybe create your own placards & take them along when you go to watch a cricket match at a stadium, the next time.