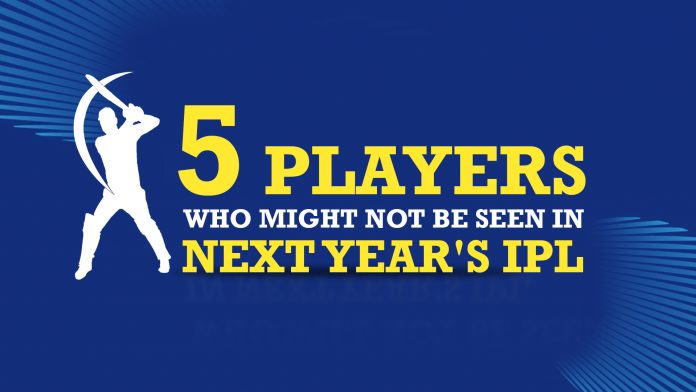 The IPL teams have started to work to figure out the changes they would want to make in their line ups for the upcoming season. The auctions for IPL 2020 will be held in Kolkata, on 19th December. Teams like Kolkata Knight Riders, Kings XI Punjab and Royal Challengers Bangalore are set to make big changes.However there are some players who underperformed and had a terrible IPL 2019 and are most likely to miss the IPL 2020. Here are 5 players who might miss out IPL 2020:

The former South African opening batsman was bought by Delhi Capitals for a whopping salary of INR 6.4 crore but the batsman didn’t deliver in IPL 2019. Ingram played 12 matches in IPL 2019 and scored 184 runs at an average of 18.40. With age not on his side and quite a few younger and fitter players around, it is hard to see Delhi Capitals continuing with Ingram.

There was a time when Yusuf Pathan used to terrify opposition  camps with his hard-hitting but for the last few seasons his form has dipped significantly. In the last season Yusuf managed only 40 runs in 10 matches at an average of 13.33. Yusuf does not possess the power-game he once used to and Sunrisers might say goodbye to Yusuf next year.

Although Mumbai Indians won the IPL 2019, Yuvraj Singh didn’t had much to talk about. The World Cup Winner played only 4 out of 16 matches and scored 98 runs at an average of 24.50. With younger players coming around, we might not see Yuvraj next year.

RCB had a forgettable IPL 2019 and they are set to release some big players and build the team from scratch. It looks like Tim Southee might be the player that is set to miss out IPL 2020. Southee had a Forgettable IPL 2019, he played only 3 matches and got just 1 solitary wicket while giving away runs at a poor economy of 13.11.With the speedster ageing he might miss out next year’s IPL.

Stuart Binny has been an integral part of Rajasthan Royals for many years but with his dipping form in the last few seasons with the bat and the ball, he might miss out next year’s IPL. In the last season Binny played 8 matched with a paltry 70 runs at an average of 23.33. With the ball he only managed to bag 1 wicket. With the age not on his side we might miss him in IPL 2020.