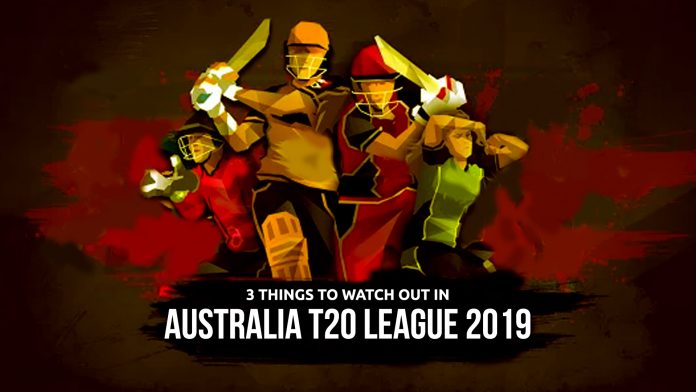 The ninth season of Australia T20 League will kick off next month, and the cricket devotees just can’t contain their excitement. After IPL, Australia T20 league has been the second most popular T20 tournament in the world. The teams have completed their rosters with the addition of some new overseas players. This season’s Australia T20 league will be filled with star players like AB De Villiers, Dale Steyn and Andre Russel. Each of the Australia T20 league squad will consist of 18 players, two of which can be international players. However, clubs can nominate four additional overseas-based players as potential replacements for the season. Australia’s domestic T-20 competition is scheduled to start on 17th December 2019 and will conclude on 8th February 2020.

The length of this year’s season has been shortened compared to that from the last year while the number of matches has been increased from 59 to 61. The first match will be played between Brisbane Heat and Sydney Thunder at the Gabba.

After the World Cup 2019 final controversy, ICC announced a new rule of Super Overs and introduced multiple Super Overs for a tied game. Australia T20 league has decided to go with the same rule in case the final match ends in a tie. However, tied matches during the regular season will be followed by a Super-Over, with the points to be split if the Super Over also ends in a tie. ICC faced a lot of backlash on the controversial boundary countback rule that helped England lift the World Cup title earlier this year.

Following the footpath of IPL, Cricket Australia has finally introduced a strategic time out for the upcoming league. Under the new rule teams will be able to call for a 90-second break anytime between the seventh and 13th overs of their batting innings, if a batting team chooses not to call for a timeout, there will still be a 90-second break at the end of the 13th over. CA feels that providing the batting team with the power to call a time out will add an extra tactical dimension to the outcome of the game, with the priority of maximising runs.