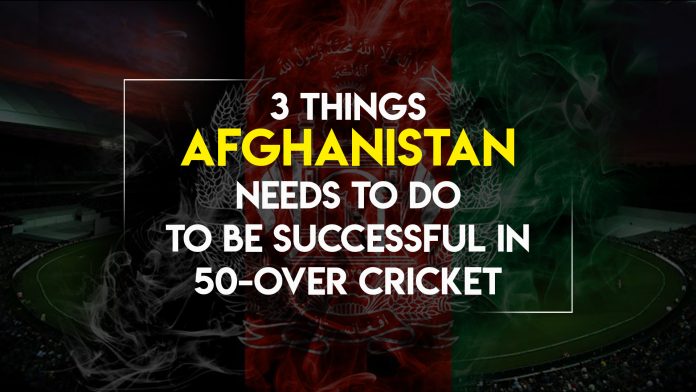 Afghanistan’s cricket journey has been quite impressive over the years. The team is no longer called minnows. The team has witnessed several momentous achievements, especially as they have received Test recognition from the ICC. The strength of the team is the passion with which the players step on to the field and battle it out till the very last moment. But lately, the team has had a tough time, having lost their previous 10-day internationals, including the series opener against West Indies.

Now, the uphill challenge is to focus on Test cricket and show the best they’ve got! This time, Afghanistan aims to prove their point against West Indies. Though their efforts have not yielded pretty good results for the team so far. So, what is it that Afghanistan needs to do to boost its team morale and bring laurels for the team! Let’s find out.

In a recent interview, Rashid said, “Every match is a lesson and we've to learn from it. We'll take the positives from here, looking to improve from here." Rashid’s captaincy tenure has been commendable. As a captain in all three formats in international fixture, he led Afghanistan to a historic win against Bangladesh, which was their first victory in Test cricket. He also led them to T20I wins against Zimbabwe and Bangladesh in a tri-series.

Not to forget, Afghanistan lost each of their nine-league stage matches under the leadership of Gulbadin Naib. So, Rashid Khan’s captaincy is a blessing in disguise for them. Rashid is a serious threat to the opponents because he has a bag full of tricks up his sleeve and can easily bamboozle the batsmen.

The limited-over rivalry between West Indies and Afghanistan was reflected during the ODIs and T20s earlier this month. West Indies outsmarted Afghanistan in each of the three fifty-over matches and won the first T20I as well. Keeping that lesson in mind, Afghanistan can bounce back with likes of Rahmat Shah, Asghar Afghan and Javed Ahmadi. Afghanistan has immense talent and put its cards on the table one by one.

Being an experienced player himself, Rashid Khan, along with other senior players like Mohammad Nabi, Hamid Hassan, should step in to formulate the game plan, as it is highly instrumental for the team’s success. Since spinners are the biggest strength of Afghanistan, often touted as the 'dark horse,’ the team should bring out the finest ones they’ve got. On the other hand, Mohammad Nabi and Ashgar Afghan need pull their socks and produce some match winning performances for team to do well on consistent basis.

During the ODI series, Afghanistan skipper mentioned, "We are not big in size but we hit big sixes. We have the Afghani power and this boundary will also be small for us. But we will have to play smart cricket and not focus much on big shots.” The team intends to focus on their own performance rather than gauging as to how the opponent will play.

One point to be noticed is that Afghanistan team does not get much exposure to compete with big teams and get a chance to enhance their performance. As the longer format beckoned, the testing time for Afghanistan already started!