3 Reasons why Zimbabwe deserves to make a comeback 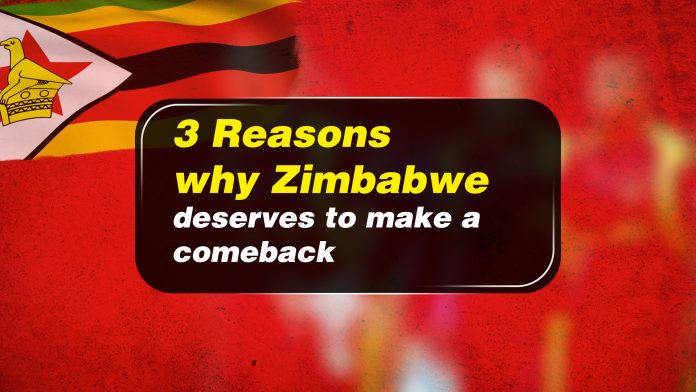 Recently, highest cricket governing body International Cricket Council (ICC) suspended Zimbabwe team after Zimbabwe Cricket board was unable to keep out government's interference with the board's administration. This was for the first time that the entire team has been suspended from taking part in any form of cricket.

The suspension means that now Zimbabwe cricket board will not receive any funding’s from the International Cricket Council. Moreover, they will not be allowed to take part in any of ICC’s event until the suspension is lifted. But, it is completely unfair for a Test-playing nation to end its tenure in such a way. MyTeam11 brings to you three reason why Zimbabwe cricket should get a second chance:

Zimbabwe has produced some very talented cricket players over the years in the likes of Adam Huckle, Alester Maregwede, Andy Flower, Christopher Mpofu and many more. For all Zimbabwean fans, aspiring cricketers these players are the idols.

Craig Ervine, Sean Williams, Peter Moor, etc. are some players who are gifted with a lot of talent who have the potential to reach heights in future. It takes a long time to get talent like them so, a board should focus on nurturing them.

Since 1987, Zimbabwe has featured in mega cricket event, World Cup nine times. So, it’s tough to believe that a side that played nine World Cup has been omitted from international cricket just because of political interference. Although Zimbabwe gave ordinary performances in its initial years, with every tournament the team has improved the standards of play.

Other than this, Zimbabwe became the first Test-playing nation not to lose its first test. Zimbabwe has surprised even the best in the business like India, Australia, and England. In 2002, Zimbabwe national cricket team toured India where they played 2 Tests and 5 One day internationals. Though India won both the series but the visitors gave their 100% then and won two one-day internationals.

Cricketers are not at fault

In the entire controversy that led to the ban of Zimbabwe cricket, one thing that should be made clear is that it’s not the fault of the cricketers. The cricketers took to social media to show their frustration and anger.

So, it will be injustice with the cricketers to end their career in such a way. What happened was between Zimbabwe cricket board and International Cricket Council, so both the governing bodies should sit and resolve it. By doing so, the career of many players can be saved.