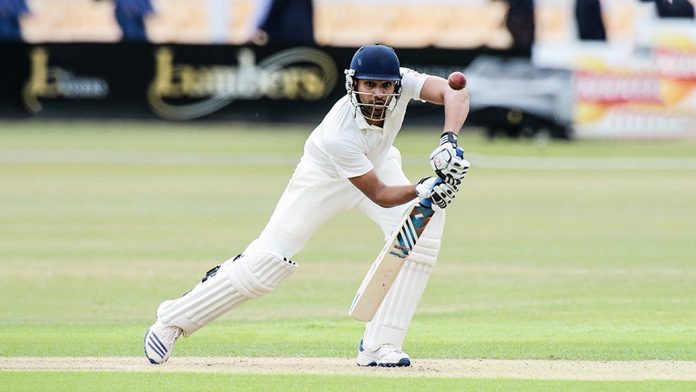 Rohit Sharma is undoubtedly the finest One –Day Internationals player, but when it comes to the longest format, he is yet to fix his place. In 27 matches Rohit has scored 1585 runs at an average of 39.6. His Test internationals stats didn’t describe his potential but he has exceptional abilities to turn the clock in his favor like he did in One-Day Internationals.

Rohit Sharma has an extraordinary technique when it comes to timing the ball. Rohit Sharma has all the time in the world to send the ball to the boundary without any effort. The 32-years-old right-handed batsman’s ability to pick up the lengths early can be useful for the Indian team in West Indies where pitch plays a dual role. Apart from this, the Mumbai born batsman has a range of strokes and is extremely strong off the back foot.

Rohit Sharma showed his class against West Indies at Eden Gardens in his maiden Test match. He scored a 177, which was the second-best score on debut by an Indian and joined the group of selected Indian players who scored a century on their Test debut.

He followed it up with a 111 not out at Wankhede stadium in Mumbai to become the third Indian cricketer to score back-to-back centuries in the first two tests. Sourav Ganguly and Mohammad Azharuddin were the first two.

Ability to play natural cricket in any situation

Hitman’s ability to attack the opposition bowlers in pressure situations can act as a beneficial factor for the team. Let’s go back to the 2015 India vs. Sri Lanka Test series which was leveled at 1-1. In the final match of the series, the Indian team was in a spot of bother when Rohit Sharma came to bat and was losing their way on 7 for 3 in the second innings.

Instead of falling under pressure, he played his natural game and attacked the Lankan bowlers. In that innings, he scored a brilliant fifty, which gave India a substantial lead to defend. As a result, India won the series by 2-1 on Sri Lankan soil.

Over the years, stylish Indian batsman has developed a habit to convert hundreds to big centuries. In One-Day internationals, he has 27 hundred to his name, and three of them have been double centuries. He is currently one of the best batsmen of modern-day cricket. Apart from this, Mumbai born player is a part of an elite club of batsmen who have posted four-or-more scores of 150 plus in ODIs.

His hunger for big runs is a good sign that indicates he can play long innings in Tests, which can be beneficial for the Indian team in the long run.