3 Positives Bangladesh will take out from T20I series 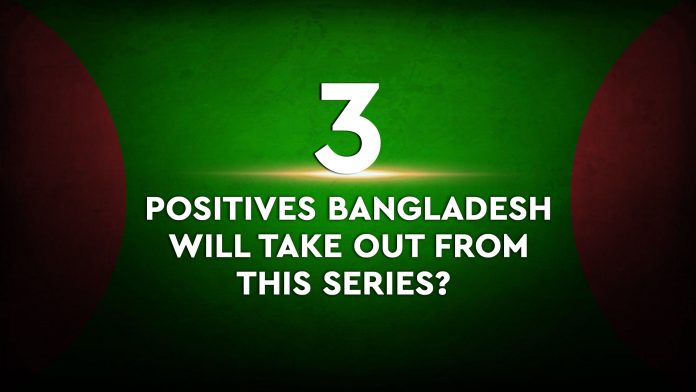 The recently concluded T20I series between India and Bangladesh produced some nail-biting moments and some incredible individual performances from both sides as India edged Bangladesh to win the series 2-1. Bangladesh would be disappointed as they failed to replicate the efforts of the first match in the final two games. But Bangladesh will not be too disheartened as there were many positives Bangla Tigers will take out from the T20I series.

With this, MyTeam11 brings to you three positives that Bangladesh can take out:

Mohammad Naim’s good form was the highlight in the T20I series as the opener was the highest run-getter for Bangladesh in the three-match series. He scored 143 with a strike rate of over 140. The 20-year-old showed great intent in all the matches to give Bangladesh a fiery start. Naim scored a quickfire 81 in the last match as he took on and took apart the bowling. Apart from Naim, none of the Bangladesh batsmen were able to put pressure on the Indian bowling attack.

Bangladesh introduced another young cricketer in the series against India who delivered well under pressure Aminul Islam controlled the middle-overs perfectly and clinched crucial wickets for his side. Aminul, who picked four wickets in the series, showed good temperament and led the bowling attack as Mustifizur Rahman Failed. It seems Bangladesh can carry on with him for a long time.

After Bangladesh ace all-rounder Shakib Al Hasan was banned, Mahmudullah was asked to captain the young Bangladesh side, and he did well. Mahmudullah led the side right from the front as he led his team to their first T20 victory against India. Mahamudullah rotated his bowlers well and was very alert with his field placing in the series.

With the T20I series done and dusted, the focus now shifts to the longer format. India will be looking to continue their terrific form in tests as they will be eyeing their 12th consecutive series win at home. Bangladesh, on the other hand, will be looking for their first test win against India. The first Test between India and Bangladesh starts from 14th November in Indore.