3 Players who can replace Rishabh Pant in shorter formats 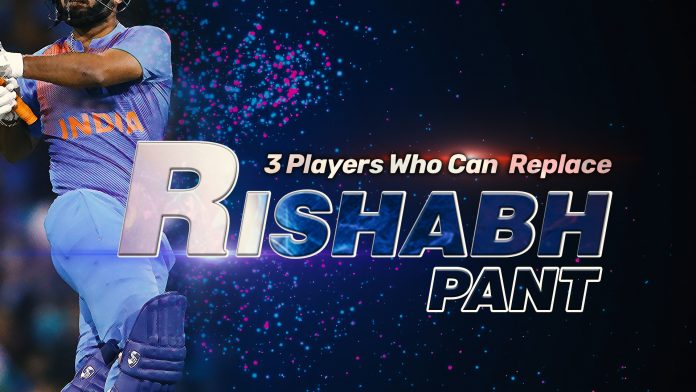 India’s former skipper Mahendra Singh Dhoni has been on sidelines having been investing his time on national duty and other important commitments. In the transition process, the selectors invested their money on Rishabh Pant who has been first wicket-keeper choice in Test cricket. However, time and again, the young sensation hasn’t been able to impress populous with his limited-overs performances.

The loose shots coupled with fewer responsibilities has always made his case look weak. And even though he was called as Shikhar Dhawan’s replacement in the recently concluded World Cup 2019, Pant failed to provide the stability in the middle. His sad run continued against minnows West Indies.  With Dhoni’s absence from the South Africa series was yet another opportunity for the star to express himself at the supreme level. However, in the second game of the series, he failed miserably. Pant was dismissed cheaply for 4 runs which made him be in the spotlight.

With Pant failing to take authority, MyTeam11 brings to you three players who can replace him in the shorter formats of the game:

The young sensation KL Rahul hasn't been in the best space after registering below-par performance against West Indies. His poor form made his case look slim and wasn't picked for the Test series against South Africa. However, he is still proving his worth in the shorter formats of the game and can certainly replace Rishabh Pant with gloves. Shikhar Dhawan and Rohit Sharma have stamped their authority at the top which makes it difficult for him to occupy the top spot. In these circumstances, Rahul can be India's first choice to start as a wicket-keeper batsman in T20Is since he has done it for his Indian Premier League (IPL) franchise Kings XI Punjab. However, this remains to be seen of the Board of Control for Cricket in India believe in his abilities and give him that extended run.

Sanju Samson oozes class whenever he comes out to bat in the IPL. The Kerala wicket-keeper batsman has played some stunning innings in the IPL and has taken on some of the best bowlers in the world. However, Samson has failed to make it to the Indian ODI side. Samson has his inconsistent performances in the domestic cricket to blame for this snub. The 24-year-old averages just 36.81 in first-class cricket. His list A numbers are even worse as his average comes down to a poor 27.36. Having said that, there is no doubt that Samson has the talent to perform in international cricket. He can be India's long term number 4. It will be interesting to see whether the Indian selectors are willing to give Samson a long run in the ODI side.

Dhoni's Jharkhand counterpart Ishan Kishan could prove to be an ideal replacement for Rishabh Pant. Ishan Kishan has watched Dhoni from close quarters which might help him in the long run. Kishan is one of the most prominent young faces in the country. The 20-year-old has had a good start to his first-class career. He has also been impressive in the IPL. After playing for Gujarat Lions in his first two seasons, he was part of the Mumbai Indians squad that won IPL 2019. Ishan Kishan is technically sound and well-versed to play both spin and pace bowling.