3 Players who can be the next big thing in Football 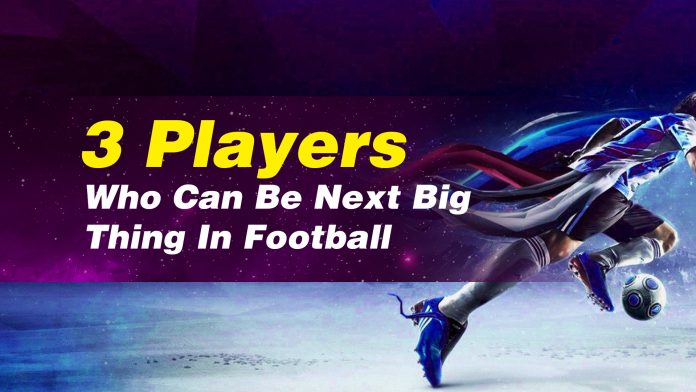 From David Beckham to Cristiano Ronaldo, Lionel Messi, and Neymar, many names have been coming up & front in the football world. The game continuous to roar in the market as one heck of a popular sport, and the players are no way behind in making a name for themselves with constant efforts.

But fame has always been short-lived, one day you are the superstar and next day your stand shoulders with people with similar or better potential to challenge you. In the race of becoming better from one another, the bests are constantly changing. Here’s the list of 3 players that are believed to make it big in the field of football in the coming times, read on to know more.

Regarded as one of the best English players of his generation, Manchester City’s midfielder, Phil Foden is making it big in the market. The 19-year-old player has been showcasing immense dedication on the field. Appearing for over 30 times for his club, the player has won about 6 honors which includes becoming the youngest recipient of a Premier League winners' medal.

In a total of 38 appearances, he has registered 7 goals to his names. The list of his achievements also includes BBC Young Sports Personality of the Year: 2017, FIFA U-17 World Cup Golden Ball: 2017. He has already won his second premier league, becoming the club's youngest-ever goalscorer in the UEFA Champions League along. Within a short span of time, the player has already registered numerous feats to his name and is sure to make a big name for himself in the coming times.

Ronaldo’s transfer to Juventus from Real Madrid in the year 2018, Ronaldo’s absence left a deep hole in the club. The fans were looking for an attacking star, and that’s when Junior made an entry to the club. Real Madrid’s 19-year-old forward has appeared for about 36 appearances for the club, already scoring 4 goals.

Usually placed at the left flank the player has the potential to play anywhere on the front-line, even making an appearance right at the center. He knows how to combine pace, agility, balance, technique, flair, to hit right at the goal. With his always bettering performances, the players are set to become the next big thing in football.

The man for France, Kylian Mbappe, who plays as a forward for the Paris Saint-Germain, is regarded as one of the best players in the world. Known to become the youngest French player to score at a World Cup, he is also the second teenager to score in a World Cup Final. The player has been making history ever since he started playing, winning plenty of awards and accreditations, he is already in the course of becoming the next big name in the world of football. He has made about 91 appearances for Paris Saint-Germain, scoring 62 goals.